The UWC movement is about more than just our students’ time at their school, college or programme.  A UWC education is transformational and the start of a lifelong journey. Most alumni apply their commitment to UWC values throughout their lives, so that the benefits to the individual of a UWC education spread to whole communities. Almost 40,000 students have graduated from UWC since the first college, UWC Atlantic College was founded in 1962. UWC alumni work in a diverse range of fields– in medicine, education, international relations, nongovernmental organisations, business, politics, arts and the media – and they all share a determination to make a difference.​

For the past 30 years, the UWC Malta Committee has been responsible for connecting over 35 students from Malta to the UWC international movement through the award of scholarships across the world. 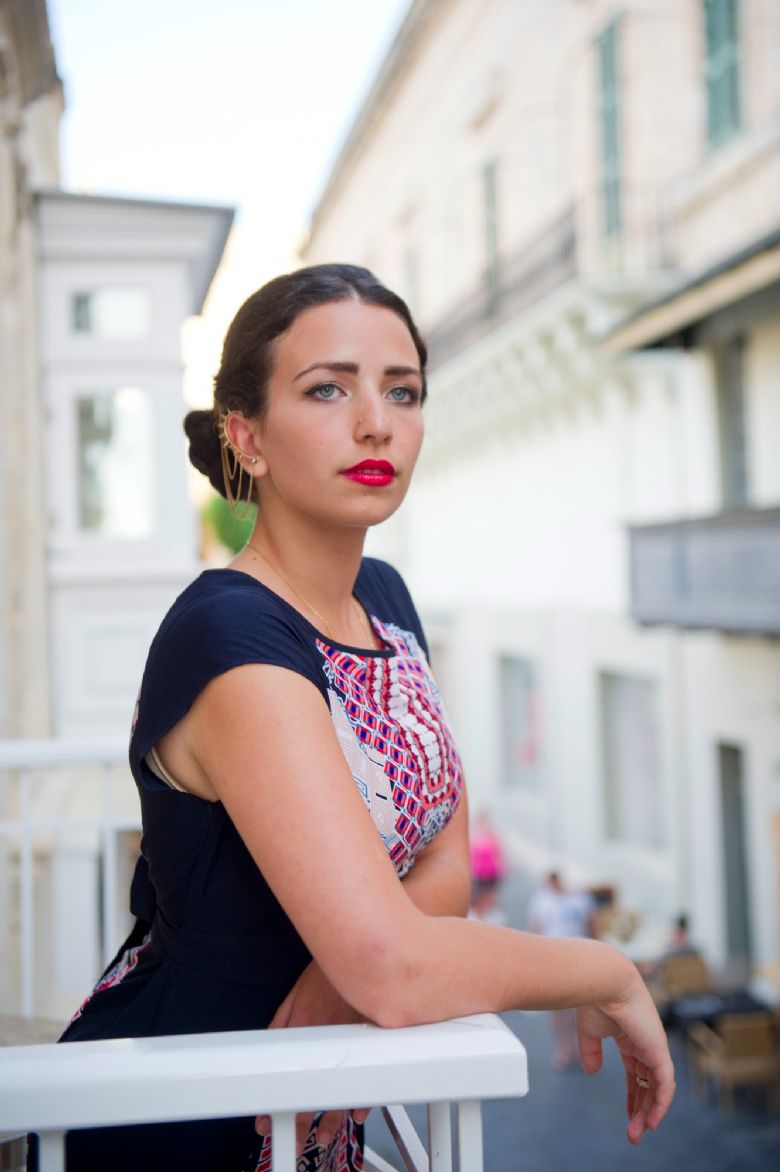 "If it hadn't been for UWC, I would not be the person that I am today! It has opened new horizons and helped me grow beyond my expectations."

Following the successful completion of her IB diploma at UWC Adriatic, Lara joined the Maltese National Committee shortly after.

She is currently pursuing her undergraduate studies at the University of Malta. During this course of study, she comes in contact with a wide spectrum of people with whom she shares her knowledge, expertise and ethical values to make them know a better world.

Whilst doing so, she also achieved the required qualifications to teach English as a second language to foreign students. The unconventional methods of teaching in this field has allowed her the possibility to promote UWC values in this multicultural setting.

She continues to remain active in various community initiatives, including volunteering in the National Sheltered Employment Training Programme. This helps to empower people to educate themselves and find suitable jobs to achieve a better quality of life. 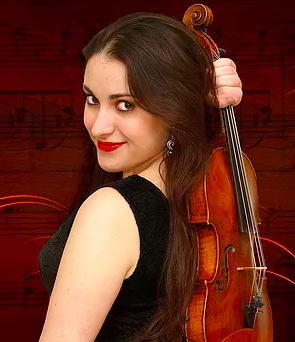 "UWC taught me about the beauty of diversity and different cultures."

After completing her studies at UWC of the Adriatic, Nadine graduated from the Royal College of Music with both a Bachelors and Masters degree under professors Dona Lee Croft, Radu Blidar and Jazz violin with Christian Garrick. She is sponsored by the Joseph Calleja and Janatha Stubbs foundations, private donors and several competitive UK awards.

As a solo and chamber musician, Nadine has performed in Austria, Malta, Croatia, Macedonia, Slovenia and across Italy and the UK, in venues such as the Victoria and Albert Museum, St James’s Church Piccadilly, The National Gallery and Kensington Palace in London, and the Prime Minister’s Auberge for the Malta Arts Festival. As an orchestral player, she has performed in venues such as the Royal Festival Hall and Cadogan Hall in London, the Berlin Konzerthaus and Amsterdam Concertgebouw. Nadine regularly performs with the National Orchestra of Malta, and is a member the European Union Youth Orchestra amongst others, working with conductors such as Sir Colin Davis and Bernard Haitink.

Nadine is currently a Concordia Artist and has had works dedicated to her such as Ruben Zahra’s Crimson Sunrise. She is a member of the Maltese folk-fusion quintet Nafra, performing in festivals such as the Mediterraneo Jazz Festival and Folkest broadcast on Slovenian TV (alongside Jethro Tull). Amongst several groups, she is also a member of ZHL String Quartet giving outreach performances in Covent Garden and the blues/latin/gypsy influenced Marini Trio performing in leading venues such as The Troubadour and the Elgar Room at the Royal Albert Hall.

​"UWC gave me the confidence to challenge and improve the societies I live in, and the knowledge that we all have abilities to make change happen."

After graduating from UWC, Lu spent a year in Berlin, studying and discussing philosophy and the arts. Lu then returned to Malta where Lu founded a LGBTQ youth and student organisation "We Are" - they designed workshops, led campaigns and lobbied for change. In 2014, Lu graduated from the University of Malta with a degree in economics and public policy, and since then, Lu has been living in Liverpool. Lu now works as a government economist whilst exploring other ways to contribute to a better world.

“UWC has made me realise that everything is possible as long as I set my mind to it."

Upon graduating from UWC, Ruth read biochemistry as her undergraduate degree at Edinburgh University, obtaining a BSC (Hons). She subsequently went on to attain an MSc in Public Health Nutrition from Queen Margaret University Edinburgh. This provided her with the qualifications required to join the Association for Nutrition - the national register in the UK. She is currently undertaking a PhD in nutrition at Queen Margaret University, and her research is focussing on the action of dark chocolate polyphenols and their impact on cognitive function. 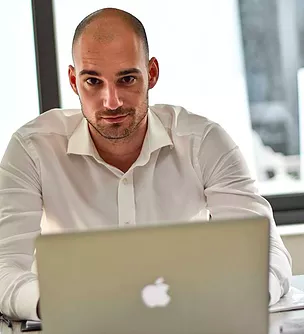 ​“I would not be who I am today were it not for UWC. UWC has transformed me into someone that continuously strives to make the world a better, fairer and more inclusive place.”

After graduating from UWC Lester B. Pearson in Canada in 2006, Matthew Lowell went on to study a Bachelors Degree in Political Science and International Business at Westminster College in the United States. During his time at Westminster, Matthew helped design and participated in a volunteering effort under the ‘Project for Peace’ initiative in Sincelejo, Colombia. The project consisted of two elements, with half of the funds going to activities that encouraged primary school students to stay in school and the other funding channeled towards the development of a system that brought fresh water to a local, rural village.

​Matthew then went on to spend the last semester of his initial degree at a University in Angers, France. After completing his degree, he took a year off and interned within the European Parliament and for a Maltese interest group in Brussels. It was during his time in the European Parliament that he decided to then move to London and pursue a Masters of Science in European Public Policy at the University College of London.

​Matthew’s first job after finishing his university studies was that of a member of the local office of a Maltese Member of the European Parliament. After pursuing this role for three years, Matthew now works for a Maltese based international development consultancy that works with governments, NGOs and civil society members on projects that foster democracy building, good governance and issues of gender. 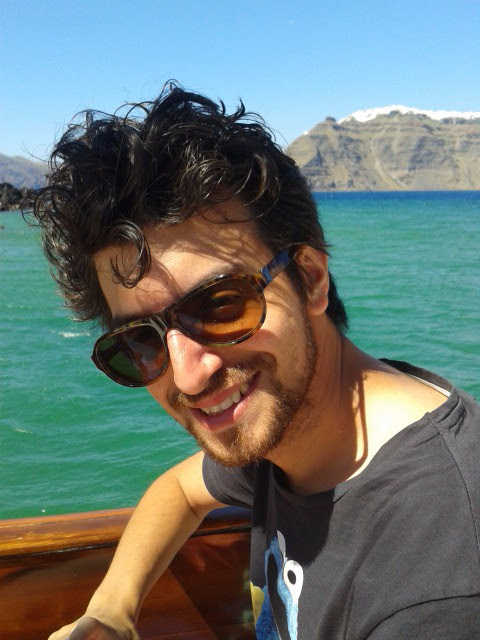 “The UWC experience introduced me to the world. No matter how different a person’s background was, no matter, how unpronounceable their name was, they could still be called my friend. It is a lesson that will live with me forever.”

Claude graduated from Lester B. Pearson UWC of the Pacific in 2004 and then completed a medical degree from the University of Malta. Following this, Claude continued his studies in London by pursuing an MSc in cognitive neuroscience at University College London. He has obtained a neuroscience related PhD at The University of Manchester. His research focuses on further understanding the structure of the brain and, importantly, its connections. 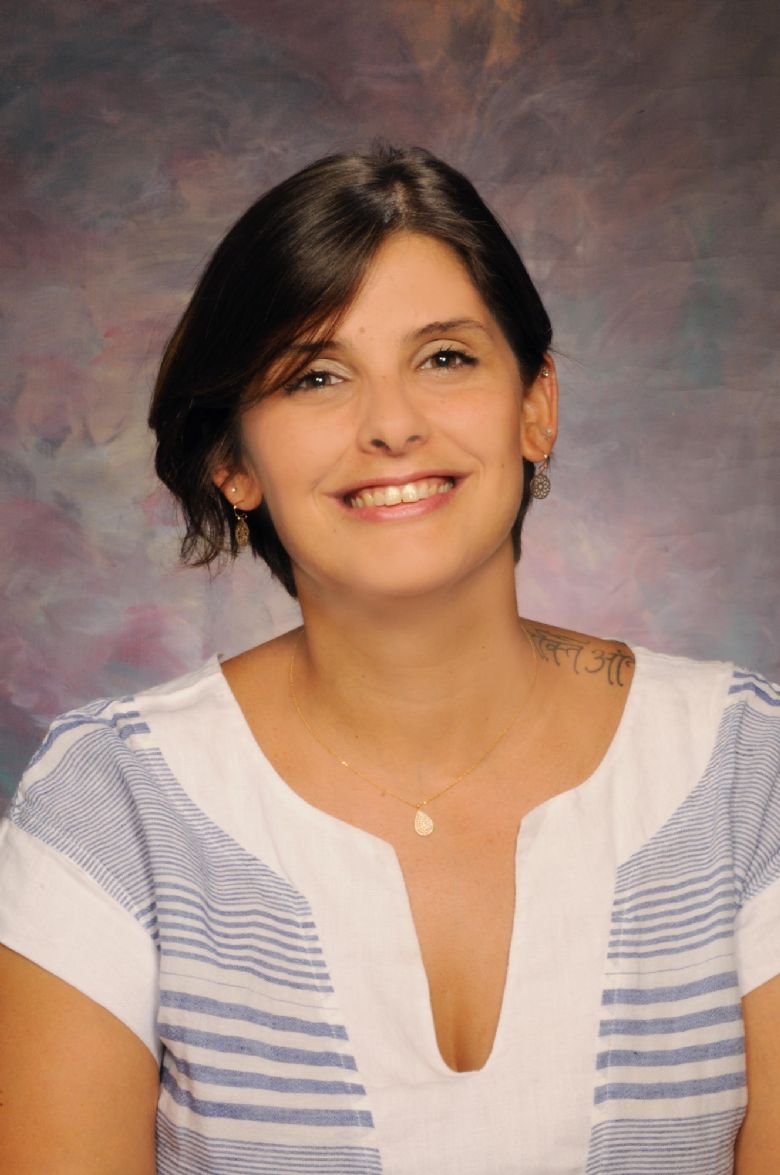 Alba graduated with a Masters degree in Institutions and Politics for Human Rights and Peace at the University of Padova. She is currently engaged as Programme Coordinator for Intersos in Greece with the coordination of field staff operating in providing support to refugees through accommodation arrangements and activities that bring host and hosted communities together

Alba's main practical expertise is in NGO Management, Research and Project Management, while her fields of work are connected with protection, Community building, and previously with a focus on Children, Youth and adolescents in the context of Forced Migration. She has a passion and dedication towards Education work, both formal and Non-Formal, and champions the search for grassroots solutions. As an advocate and activist she is very invested in standing up for the rights of the marginalised and raising awareness on the impact of our actions on each other and the environment.

In 2014, the NGO she co-funded (the Organisation for Friendship in Diversity) won The Presidents Award for the Community in Malta and she contributed to laying the ground for Malta's first refugee youth-run NGO Spark15.